On Friday Medicare announced the Part B rates that most Medicare enrollees will be responsible for paying in 2020.  Effective January 1, 2020 the standard monthly premium for Medicare Part B enrollees will be $144.60.  This represents an increase of $9.10 from the $135.50 enrollees paid in 2019.

Starting in 2007, a beneficiary’s Part B monthly premium has been based on income. Income-related monthly adjustment amounts (IRMAA) affect approximately 7 percent of all Medicare beneficiaries. The 2020 Part B premium levels adjusted for income as well as the Part D (Prescription Drug Plan) are shown in the following tables:

And, If your modified adjusted gross income is above a certain amount, you may also pay a Part D income-related monthly adjustment amount (Part D IRMAA).  Those amounts for 2020 are listed below. 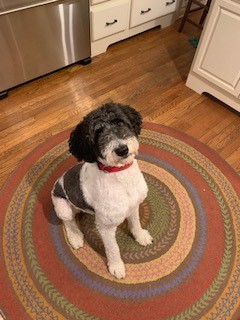 How Dogs Can Play a Role in Healthcare

A dog’s sense of smell can be 10,000+ times more powerful than humans. It’s no surprise that we ingenious humans have figured out how to train these loving creatures with their amazing sniffing abilities.

We’ve all seen dogs at the airport and/or in cop cars. These dogs are particularly trained to sniff out illegal drugs. However, dogs can also be an effective solution in some healthcare situations.

Wait, you want me to work??

Here are several such organizations that we’ve come across in our research on the internet:

According to Canine Partners for Life these dogs can do the following:

It’s quite amazing that these fuzzy, friendly creatures can not only be our best friend but also provide a valuable service.

Everyone needs a best friend.

Diabetes is another health condition for which dogs can be trained to detect. The key with many medical conditions is early detection. Blood sugar levels which go too low (hypoglycemia) or too high (hyperglycemia) pose serious health risks.

Diabetic alert dogs are trained to alert their partner in advance of levels becoming dangerous.

According to the American Kennel Club, “diabetic alert dogs can function as blood sugar level detectors.” While dogs cannot give exact measurements of blood sugar levels, like a blood glucose meter, they can preemptively alert their partners when levels are out of range.

If you are looking for organizations to pair you or your loved one with a diabetic alert dog, here are several organizations and resources:

Did you know I have 220 million smell receptors?

So if a dog’s sniffing ability is so phenomenal at early detection of certain health conditions, what about cancer? If so, wouldn’t it seem like a grand solution to have dogs in our primary care physicians waiting room? Well, we are probably a long way from that ever happening but there are dogs being trained.

However, no one can deny that some dogs are already being credited with life-saving abilities. This article from American Veterinarian has some great stories of normal dogs alerting their owners in creative ways about cancer. Many of the owners have good reason to believe their dogs saved their lives!

According to Medical News Today, dogs can detect certain cancers in a person’s:

This seems like a no brainer, right? It’s a low-risk, noninvasive method; however, there are still many inconsistencies.

Who me? I’d never present a challenge.

The first double-blinded studies were published in 2006. Dr. Klaus Hackner, a pulmonary physician at Krems University Hospital in Austria reports in this article on Scientific American.

First, let’s look at why/how dogs can detect cancers. Cells give off volatile organic compounds, also known as VOCs. According to Hackner, each type of cancer would have a distinct smell and it would be different from a normal cell.

Most dogs can be trained, in about 6 months, to detect the odors associated with certain cancers. However, the study failed due to the lab environment being set up in a way that neither dog nor handler knew if samples selected by the dogs were actually cancerous. Dogs will lose interest without positive reinforcement.

In this same article from Scientific American, Dr. Hilary Brodie, a professor in the Department of Otolaryngology at the University of California, expounds on some arguments of why dog detection of cancer is not ideal even if the lab situation was different:

Both Hackner and Brodie believe it may be more feasible to think that dogs will be aiding researchers in the creation of biochemical “nose” machines, known as e-noses.

Dogs make wonderful companions and very apparently aid in improving our lives in various ways and especially with those who are challenged with health conditions. Dogs are already making a positive impact in the world of healthcare in regards to seizure and diabetic alert.

There is more research needed before dogs can be of assistance in the detection of certain cancers. However, the good news is that they possess a valuable key component (amazing sniffing abilities) and now it’s up to us to figure out how to best train and utilize them.

We are capable of more than just looking cute.

…… that may be of interest only to me.

Amazon, Berkshire Hathaway and JPMorgan Chase Finally Has a Name

It only took eight months. The new nonprofit healthcare company founded by Amazon, Berkshire Hathaway and JPMorgan Chase finally has a name. It will officially be known as “Haven”. (Maybe it’s just me, but with all the introductory splash and all the money being thrown at this thing, but ”Haven”? Conjures up visions more of a retirement home or maybe an RV resort somewhere just of I-95 rather than healthcare innovator.)

Not much is known about Haven. Data, technology, improving employer healthcare, and not-for-profit is about all we know at this point and that’s according to Haven head guy Atul Gawande.

Two unrelated but interesting things to note about Haven:

Not sure what to make of it or how it will ultimately affect the group health market but it’s still interesting.

Is Health Market Fragmentation the Culprit? The Main Driver of High Costs?

Following up on Buffett’s take, I read this week that the fragmented nature of the U.S. healthcare system (from employer-sponsored group coverage to the individual market to Medicare, and Medicaid, and the V.A., and coverage for Native Americans – is primarily responsible for today’s high cost of healthcare coverage? Could that be an over simplification? How would simply merging those lead to lower costs?

We’ll leave that for others to figure out.

In the meantime, we’ll just keep working hard on finding new and meaningful ways to mitigate the high cost of coverage for our employer groups and their employees.

The Interstate sale of health insurance is back in the news this week with the government’s release of a fifteen-page document requesting commentary. Some see this as surefire way to increase competition and ultimately lower the high cost of health coverage. Others see it as simply adding more chaos without much gain. My sense is maybe both. Some short term gain as well as adding to the chaos. Overall, seems like at best it may temporarily treat a symptom but doesn’t won’t move the needle much toward a cure.

We’ll see if it gets traction.

If it does get traction it will be interesting to track the unintended consequences as, sure as shootin’, there will be some.

65Plus Is The Hottest Labor Market Demographic. Here Are Key 2019 Medicare Costs That Employees And Employers Should Know.

Some say it’s the hottest demographic in the labor market — men and women ditching traditional retirement age to work into their 70s, 80s and sometimes beyond.   According to the Bureau of Labor Statistics the 65 and over crowd will make up the fastest-growing segment of the workforce over the next decade.  With that in mind, over the next few months we’ll be providing key bits of information that employers and employees may find helpful as they navigate the best and most cost effective options for health coverage for the 65Plus workforce and their dependents.

PART A PREMIUM (Hospital Insurance)
Most people don’t pay a monthly premium for Part A (paid Medicare taxes for more than 39 quarters.  If 39 or fewer quarters worked they’ll pay a premium of up to $437).

PART B PREMIUM (Medical Insurance)
The standard Part B amount is $135.50 (or higher depending on your income).

PART B DEDUCTIBLE + COINSURANCE
– $185 deductible per year
– After deductible is met, enrollees typically pay 20% of the Medicare-approved amount for most doctor services, outpatient therapy, and durable medical equipment (DME).

2019 PART B + PART D (Prescription drug coverage) INCOME-RELATED MONTHLY ADJUSTMENT AMOUNT (*IRMAA PREMIUMS)
An additional amount that some individuals whose modified adjusted gross income (MAGI) is above certain thresholds will pay for their monthly Part B and Part D premiums.

Next Up:  The eligible employee’s three main options when it comes to their employer-sponsored plan and/or Medicare coverage.